Vienna, an Island of Story

A couple of weeks ago I caught the midnight train to Vienna. As usual (this is Italy) my booked seat had been hijacked and I had to fight for another. As usual, I hadn't downloaded a map or bought a guidebook and didn't have a clue where I was going. My guardian angel took the form of a young Albanian football player who had drifted to Austria from Italy, so I was escorted into central Vienna where I - as tired short story writers do - fell asleep in a park.

This conference had been long time coming. Held every two years, the 13th International Conference of the Short Story in English is a celebration of the form, involving writers and academics who are shameless lovers of the short story. This year's event took place in Vienna, directed by Dr. Maurice A. Lee and his second-in-charge Sylvia Petter, with a dense and enlightening programme of lectures and readings, much coffee talk and discussion, after-hour readings and soirées, and a wonderful closure dinner ending a fantastic week. The Conference also produced an anthology entitled Unbraiding the Short Story and held a competition on this theme.

Hands up who wants to attend the next Conference in Shanghai? 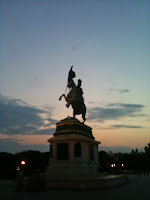 Though I was torn between attending academic events and readings by fellow writers, I ended up taking part in an endless mix of sessions. Big-time writers such as Cate Kennedy and Robert Olen Butler were in attendence, so imagine my frisson when I joined Cate's workshop on dialogue (tongue-tied Catherine didn't produce a thing) and soaked it all up like litmus paper. Thanks Cate! Without sounding like a groupie I did go to Cate's reading as well, where she read one of my favourite pieces 'What Thou and I Did, Till We Loved' and had a bunch of us in tears.

Many thanks to Sylvia Petter and her team, who kept a very large and varied show on the road. I managed to see quite of few talks including those by fellow Australians Cameron Raynes on 'Pitch-Perfect Endings and the Oldest Story of All' and Andy Kissane speaking about 'Dreaming Australia: David Malouf's Dream Stuff'. And a range of readings by Adnan Mahmutovic, Alison Lock, Zoe Gilbert, Vanessa Gebbie, Jean Almeida. Milling around before and after - and in the biergarten beyond - I met up with literary mates Paul McVeigh, Alison Lock, Tania Hershman, Vanessa Gebbie, Nuala Ni Chonchuir and Alison MacLeod, and new short story friends Jose Varghese, Lucy Durneen, Anna Solding, Rebekah Clarkson, Bronwyn Mehan, Jarred McGinnis, Rhoda Greaves. The list could well go on. 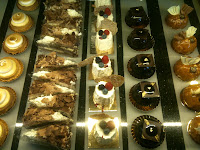 For anyone outside the short story world conversation topics may have seemed a little repetitive (Have you read this? Who published that? How are sales going? I loved the second story in that collection!) however we did branch out to discuss other issues such as writerly tattoos, what time that mojito bar opens, and who's going to the open-air Frank Sinatra film later on?