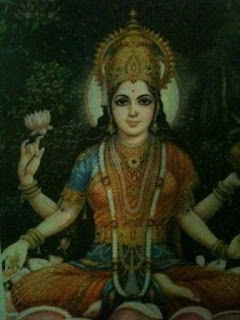 Somehow it's come through. Good energy. Good synergized energy if that's what they say. Energy that doesn't need to eat or talk but just be filtered strictly, with calm, without too much coffee. I am enjoying it. Trying to get to a goal of twenty short stories in order that some may be cut - inevitably.

Now the screen feels sore and my eyes would like some goggle time. Da pool.
Posted by chillcat at 07:07 No comments:


Ernesto said if they ever did it again they were going to stuff the dog. It was spoken lightly and we were already half-drunk. I giggled as I glanced at the lithe Weimaraner collapsed on his mat in the corner, whose grey eyes soaked up the lot of us. No! You wouldn’t dare! Ray’s gaze coasted to the office building opposite. The façade was chequered brick, the unrestored thirties style still wearing pocks from the War. A man was speaking to a woman sitting at a tilted draughtsman’s desk, her attention was caught.

Ray managed a laugh, then his voice came in a lower register, plugged in his throat. We took eighty sleeping pills that time, didn’t we? Wasn’t it eighty or so? But we woke up. The doc said it would have killed a horse.

The pair of them laughed loudly, their Friday afternoon in-joke. The window was open and the man and woman in the office looked our way. Ray removed some chopped pineapple from the freezer and Ernesto handed him a bottle of Tequila, the one with the worm inside. I watched their bodies intersecting, Ernesto’s brown limbs and my brother’s scrawny biceps and hairy forearms I used to tweak as a kid. He was wearing the shirt from the performance of ‘Priscilla’ I brought,

A cock
in a frock
on a rock.

I was passed Ray’s version of a Tequila Sunrise. I wandered out to change my dress. Afterward, the restaurant had hard lights and the huge, unwieldy bike they’d stolen for me must have belonged to a post-Aryan giantess.
Posted by chillcat at 23:37 No comments: