This is a true story 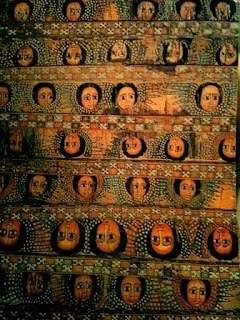 This is a true story.

Many years ago a skinny anorexic found work with an arty French couple in the pre-chic 11th in Paris. It was love at first sight - as soon as she pushed open the door she was in a painted summery garden with a whole hall of bookshelves, a studio with the renowned set designer's models and a darkroom where the young woman could print her shots.

The couple and the young woman grew very close together, at the end of a cobbled cul de sac with a warren of friends through the jumbled mice-filled buildings.

Years later the woman was no-longer-young and her life had panned out, she lived in Africa and things had been quite dramatic. She found herself on a visit to Addis Abeba, sitting at a dinner table next to a French theatre director. Squirming, she said to the woman, I used to work for CM, you wouldn't know him?

Oh la la! said the theatre director. He's coming tomorrow! CM who has never had a passport in his life! Quelle coincidence!

So for the following week the no-longer-young woman hung out at the main theatre in Addis, where CM painted the sets with a paintbrush attached to a long stick. Together they drank wonderful Ethiopian coffee and were incredulous.
Posted by chillcat at 10:04 No comments: