A Year of Short Story Wonders 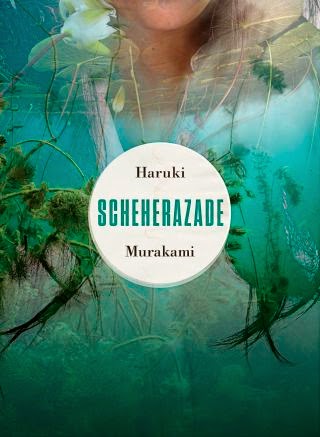 This year has been wondrous. In a short story way. I’m not normally one for summaries and list-making madness at the end of the year, I’m someone who rather looks ahead, sees inadequacy and shortcomings everywhere, likes to get it all behind and start afresh. But something someone said to me a few days ago made me stop. I realise I’ve surrendered myself to the short story this year. I’ve been beating them out like a shoemaker stitching up leather. I’m grateful for a clutch of shortlistings and one tiny win. I’ve done workshops and readings, been to enriching festivals and, best of all, have met more short story writers than you can poke a stick at. There is a little drummer which is my beating heart that says, Short stories Cat, keep at it!

It all begins with Cathy Galvin’s Word Factory.  This year I’ve tried to go to as many Word Factory events in London as I could. I love their mix of intimacy and awesomeness. Hearing towering authors speak and read their stuff, and then sharing latest rejection or publication news with writer mates. We are instructed, inspired and coddled at the same time. Obviously it makes writing less of a solitary experience and one goes home with renewed drive, but it is even more refreshing to see big authors who have two arms and two legs and are dressed like us; and to wonder about the spark or frisson that really propels their work. Some were nervous, some splashy; many shared largely and with great humour. It is such a gift to listen, to have unvoiced questions answered.

Then there was Vienna. I think that steamy Austrian week is still glowing in many a writer’s mind. The 13th International Conference for the Short Story was a massive event with ongoing and truly international ripples. Many of the writers who took part have turned into great friends and we’ll see how many of us (fingers crossed) are able to attend the next instalment in Shanghai. Tireless Sylvia Petter was a wonderful organiser and brilliant host, and the warm Vienna evenings so dreamy.

And there have been workshops. I confess I signed up for more than one because I wanted to see how the instructing author – usually one who intrigues – might toss out writing scraps to hungry participants. I wanted to see if they would reveal points about their process of writing. Or perhaps I just wanted to see the magic up close. I was mostly satisfied. Cate Kennedy and Simon van Booy provided many, many glimmers, and though I felt like a short story groupie with a stupid grin, I did take precious morsels home.

The London Short Story Festival was a highlight, one I won’t be missing next year. Director Paul McVeigh has an infectious passion for the form and brought the crème de la crème to the floor. Listening to Claire Keegan read I felt lifted into her world of sharp smells and observations, cutting notions of the human; her salty charmed voice. Her book Walk the Blue Fields rode into me.

And there has been reading. Not all short stories of course. Sometimes it is good to plunge into a novel when one is being summoned by the jolting demands of writing a story. I loved Shirley Hazzard’s The Bay of Noon for language and insight, Elizabeth Harrower’s The Watch Tower for mood and description and her writhing characters; Daphne du Maurier’s collection Don’t Look Now which still rings in my mind; Murakami’s New Yorker story 'Scheherazerade' and his mesmerising tome 1Q84, read under my orange umbrella on a Corsican beach; Richard Ford’s collection Women with Men bought in a secondhand bookshop in Paris this autumn.. so many and never enough.


And now to the silly season. May you receive many, many beloved books and have the time to savour them.
Posted by chillcat at 05:53