The Importance of Violets 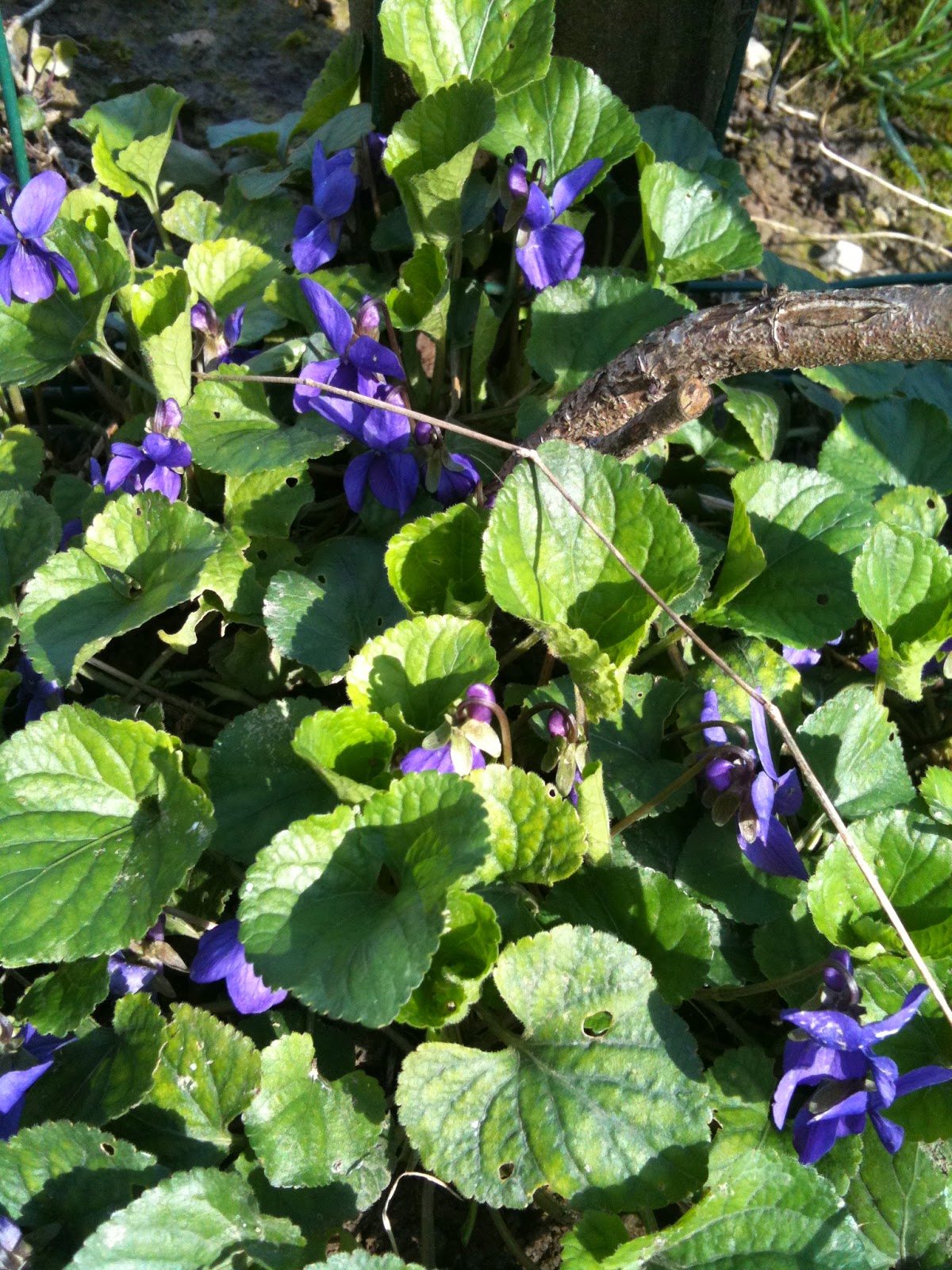 Now that we are moving into a new season there is a chance that you may be feeling like a violet. I do.

It's time to inhale the air after the damp snowy chill of winter. It's time to watch green grass shooting up in the air, the cherry blossoms still in nobs on the tree, the wisteria with her first clutched fronds come from nothing. Springtime is astounding, even the vigour of the depleted earth around here is bracing to this jaded demi-writer with a mop..

So what has this gardening talk to do with short story writing? Is Catherine once more gazing out the window with her lucky stone between her fingers looking for an excuse? Or is her contemplation of gardening helping her dig up a new story idea?

Once again I'm citing Brain Pickings, where the other week I read a startling back-article about 'Networked Knowledge and Combinational Creativity'. Blogger Maria Popova gives the example of florilegium, 'compilations of excerpts from other writings, essentially mashing up selected passages and connecting dots from existing texts to illuminate a specific topic or doctrine or idea. The word comes from the Latin for "flower" and "gather". The florilegium is commonly considered one of the earliest recorded examples of remix culture.'

How wonderful and exciting is that? Relational value. Content curation. Information architecture.

She then goes on to recount a story about Picasso, who was recognised by a woman in a park. She enthusiastically asks him for a portrait, asks him how much it costs, and is shocked when he tells her $5000.
But what? It took you five minutes!
No Madam, it took me my whole life.

Popova maintains that any creative product is a remix - or a cross-pollination of ideas or experiences from all fields. Perhaps not as adeptly as Picasso, we are all constantly drawing from every corner of our lives - to 'combine and recombine these pieces and build new castles'.

Interestingly, she makes the point that most artists believe themselves original, and that there is something holy about the creation process and its fruits. But for Popova 'it is something we all understand on a deep intuitive level, but our creative egos sort of don't really want to accept: And that is the idea that creativity is combinatorial, that nothing is entirely original, that everything builds on what came before, and that we create by taking existing lives of inspiration, knowledge, skill and insight that we gather over the course of our lives and recombinging them into incredible new creations...'

Combinatorial. Nothing is ever original. As though we are all grinning babes in the great big sandpit of life making our own turrets and tunnels with dirty hands.. looking for approval, believing our castles to be the bestest. Popova even believes that copying is an inherent form of admiration!

Of course this is all very encouraging for the writer who has had a hardworking break doing translations and now must do a brainshift to get back to story writing. Einstein said that his greatest breakthroughs came after playing the violin. Nabakov famously spent time with his butterflies before turning back to his work-in-progress.

And here are some more lucid, shimmering ideas:

I have found that all positions men take in their beliefs are profoundly influenced by thousands of small, often imperceptible experiences that slowly accumulate to form a sum total of choices and decisions. (designer Alvin Lustig)

Ideas have retained some of the properties of organisms. Like them, they tend to perpetuate their structure and to breed; they too can fuse, recombine, segregate their content. (French molecular biologist Jacques Monod)


And this is where I think Popova elegantly reaches her bottom line, through this quote from her beloved Susan Sontag:

Do stuff. Be clenched, curious. Not waiting for inspiration’s shove or society’s kiss on your forehead. Pay attention. It’s all about paying attention. Attention is vitality. It connects you with others. It makes you eager. Stay eager.

Wonderful, no? I'm going to interpret that this way: I'm going out into the sun to do some gardening, then a long, brain-stimulating swim before I start some new work. Maybe later on, I'll join some dots.

Thrilled to hear that my story 'Magaly Park' from my new collection was a shortlisted finalist in the Labello Press International Short Story Competition.