On Wednesday I took my second son to see the great Kenyan writer Ngugi Wa Thiong'o speak at the Mantova Literary Festival. Ngugi spoke with wisdom and - we thought - restraint about the neo-colonial state of the African continent. A key sentence in his talk was that 'Africa has given, much more than she has received'.

I wondered how many times Ngugi has said this to a fusty, literary-minded audience. Africa has given. I thought it an extremely polite way of saying, African has been stolen from since the days of Adam! In fact, when he said that 'European modernity has African colonisation at its centre', I felt like cheering. Rather over-enthusiastic of me, but let this old Africa-head explain. My favourite university course, years ago, was Modern African and Asian History - Independence Movements and the Struggle Against Imperialism, and after thirteen years in East and West Africa my favourite conversations still deal with the rich cultural and economic force that is contemporary Africa.

But - not surprisingly - there was silence when Ngugi spoke these wise words. We sat there frowning and nibbling our nails, thinking of the great writer in a prison cell devising his lauded novel. So humbling for this middling writer with a computer screen and constant electricity. And no police detention likely for the material she is writing!

Ngugi - gingerly - also warned the mainly Italian audience about the widespread hostility towards African refugees arriving on shoddy boats, half of which sink in the rough seas off Lampedusa. He asked, Why are people afraid, given Europeans have migrated to every corner of the globe for centuries? Why?

It made me think of so many stories about this new wave of immigration. Stories of how people's humanity caves in because of these age-old inbuilt fears. A Ghanaian truck driver friend, whose truck broke down on an Austrian highway in the middle of winter. He sat waiting for help for eight hours. A Nigerian-Italian lass, brought up in this country, who lost her job at a bakery because people wouldn't buy the bread she touched.

And yet, it also made me think how that hostility is terribly two-faced.

Just a week back I had a dear friend - from West Africa - sitting at my kitchen table with a beer, all het up. She is tired of Italy. She is tired of the beckoning hands that pop out of cars on a city street, in the morning, often when she has just dropped her small kids at school. Vieni, vieni quà, how much bella? And today, she is furious because her landlord, called in to check a fusebox, suddenly fondled her breasts and buttocks. A man who knows her husband, who gives toffee to her kids. 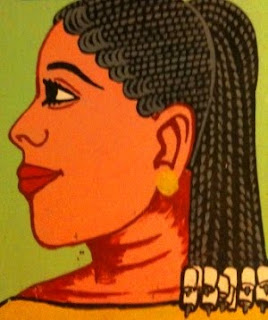 'Ah! And he just laughed!' she says. He thought it was just a joke, just a little thing. A prod here, a caress there, skin on skin.

Africa may have given for centuries, but the next day my furious friend told me that she belted back on her landlord's door. At lunchtime, a sacred hour, when all the family gather. Her landlord answered.

Hello? Buongiorno! Shall I have my husband fondle your wife's breasts? Or touch your daughter's bottom??

The man was horrifed.

For years I spent my summers here in my elegant farmhouse watering tomatoes, weeding my zucchinis, making apricots flans, entertaining Sunday guests and ferrying intercontinental friends to chic exhibitions in Venice and Verona.

Then I went camp.

I mean, yes I did a stint in Berlin with some gay pals who do feature in one of my short stories and yes I did do a lot of kinky clubs as an observer... But then my friend's dog I used to dogsit died and it was suggested I join the clan of friends, exes, somewhat cousins and live dogs, for their annual camping trip to Corsica.

I did last year. And I did again this year. 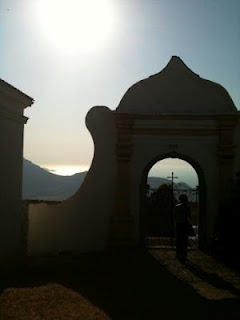 The island is so beautiful. I think I should set a novel there, or it seems suited to a steamy novella perhaps. I could rent a room in a village in the hills set back from the sea, with stone paths and iron ballustrades and keening churches with scrolled white facades. I could swim early in the mornings, hike home to my shadowed room, work at length without internet, without kids, until pastis at midday.

Then, after lunch and coffee at the bar or the lady's downstairs, I could go back to my room, recharged, and as the afternoon sun moved about in boxes I could continue on, undisturbed, sentence after sentence, scene after scene.

But I do. The evenings in the bar with its semi-circular terrace over the outstretched bay, which you wouldn't have to visit, except briefly to the shops or the pretty markets, or - dread! - to check your mail. Or yes, to meet friends passing through and urging to join a hike through the arid mountainous centre or a visit to a special pebbly beach - no way but thanks! And then hurry back.

It would be so good.

This summer the sea has been tickling my fancies. First in Cornwall with its cawing seagulls and green coasts and me nearly tripping over a pirate in the street. And then in Corsica with her fiery interior and scorched shores, tinkering jade water up my torso.

Maybe next summer. A Room of My Own? Instead of a sandy tent and fifteen Italians at lunch, buckets of rosé and a tub of washing up??