How to Pick Short Story Ideas Out of a Hat 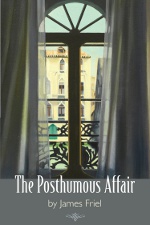 It was a lovely idea. I had rocked up to Lisa Clifford's inaugural writing retreat - The Art of Writing - in the Tuscan hills to give a talk about 'Blogging from the Heart'. I gave my talk, accompanied by nerve-soothing white wine, and in the following days found myself swept up in writing lessons given by expert tutor/novelist Jim Friel ('The Posthumous Affair').

I was daunted. I've never taken part in a writing exercise in my life. I never show my work to anyone unless it's at submission stage. I never open up my ideas to anyone, toss things about, shake down my story line.

Perhaps I should. Do you?

A group of writers stared at each other, some squirming, others already rising from their seats. You took one slip from each bowl and sat down for a matter of minutes - constructing a story sketch with your location, two characters and plot line. A recipe.

What would you make of that? Or,

A spaceship
A reluctant bride
A detective
A gift is returned

Oh dear! My way of writing short stories is so gluey compared to this - I have to have a springboard of a sort, a nexus to head towards, or a jarring first line. Not so much characters as shadows to work with. Movement and action, direction. Then I like to let something magical take place. I can't say I will get great stories out of these hats - but it is good to have one's thinking upended, no?

One morning Jim read the most bewitching passage by F. Scott Fitzgerald and showed us a master a work. Deft description. Action. Dialogue. Ahhh! Another day he used a passage from Joyce's 'The Living and the Dead' to show words in motion: this time he asked those present to extract, understand and reshuffle the great writer's shimmering words, and create a poem. A poem - yes - but less of a poem than a new sensory way of reading words, of slipping them into place.

It all had this writer quite dumbstruck, enthused, keen to get back to work.

Have you ever been to writing workshop? And?
Posted by chillcat at 04:08 8 comments:


Kindness is astonishing.  The world of writing can seem very unkind. You send off your best stories and you are often rejected. It is not personal though it feels as if it is. You are a début novelist so you volunteer for events – you are keen and excited – but other bigger writers tell you they can’t come on board because they need to be paid, and you should be too.  You help out with your book design, you beg writers you adore for a cover comment, something to give your new book a push. Most don’t write back at all – you feel so stupid, who would ever write to Nam Le??? – but there are surprises. Two names, one of them big, are willing to help. Then a young award winner who has published you in a review offers to write something for you. Words come together. Your book feels as though it has a kind pat on the back, a little hug. Rosa Rankin-Gee, author of  The Last Kings of Sark (out in September with Bloomsbury), Paris editor of A Tale of Three Cities, wrote this:

‘I read Catherine McNamara’s work once, twice then three times and it gets even better with each read. Her words are deft and swift, yet have such weight.’

Here is an interview from i-D onlinemagazine with co-founder Alex Tieghi-Walker about A Tale of Three Cities, where my story ‘Taxidermy’, a tale inspired by druggie friends in Berlin, was published in April. Issue One featured Zadie Smith and Issue Two has a wicked interview with the ever-smug and enquiring Alain de Botton :


A Tale of Three Cities: Titular nods to Henry James and Dickens coupled with artistic output from contributors inhabiting the European mega trifecta of London, Paris and Berlin make for a wonderfully beguiling read.

If you’re tired of London, Paris and Berlin you should probably just move to Florida and be done with it. Founded in 2011 Alex Tieghi-Walker and Rosa Rankin-Gee’s split personality arts journal celebrates emerging young writers, artists and photographers coming out of these three European chrysalises. Now onto its second issue, this beautiful hand numbered, dust jacketed journal interrogates our concept of “home”. i-D Online pow-wowed with co-founder Alex Tieghi-Walker about de Botton, Proust and what home means to him.

What inspired you to start A Tale of Three Cities? Rosa (Rankin-Gee) and I founded the journal when we went to find our fortunes in London and Paris. We wanted a journal that bridged work by creatives in the two cities and made it a menage à trois with the addition of Berlin.

Have you ever been down and out in Paris and/or London/Berlin? In all three, though I actually had one of the best holidays ever in Berlin with about 50 Euros to last me two weeks. I bought a crappy bicycle, ate free samples from the Türkenmarkt and swam across the river to avoid the entrance fee to Bar 25. 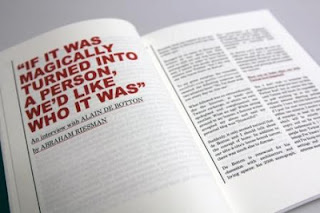 Do you agree with Alain de Botton that Proust can change your life (beyond developing a predilection for madeleines)? I like that Alain has the conviction to declare that any novelist can change your life. In a way he’s focusing a brilliant argument on just one writer but the belief that literature has a seminal power like no other, is one I totally believe.

What is your design inspiration for the zine? We turned to the beautiful artists’ manifestos of the 1920s and 1930s when putting the journal together. The manifestos were bound with an incredible permanence, even if the ideologies and discourse were only fleeting. While the writing in A Tale of Three Cities only sum up certain feeling our generation, we hope they sit on bookshelves for many years to come.

What does home mean to you? I’ve lived and grown up in so many places that actually home is so nebulous now. Home is more than a physical comfort, it’s also somewhere that you can relinquish all emotional duties and fully relax.

Which city has the best sunrise watching venue? Berlin and Paris both have long triumphant avenues which make perfect platforms for the sunrise. Watching the first light come up over the Straße 17 Juni and from the far end of the Rue de Rivoli are experiences unparalleled in London. The London sunset, however, from Parliament Hill looking towards the Highgate ponds in late summer is something magical.

A Tale of Three Cities is available to buy online via Protein.
www.taleofthree.com